Ancient wisdom for a long life 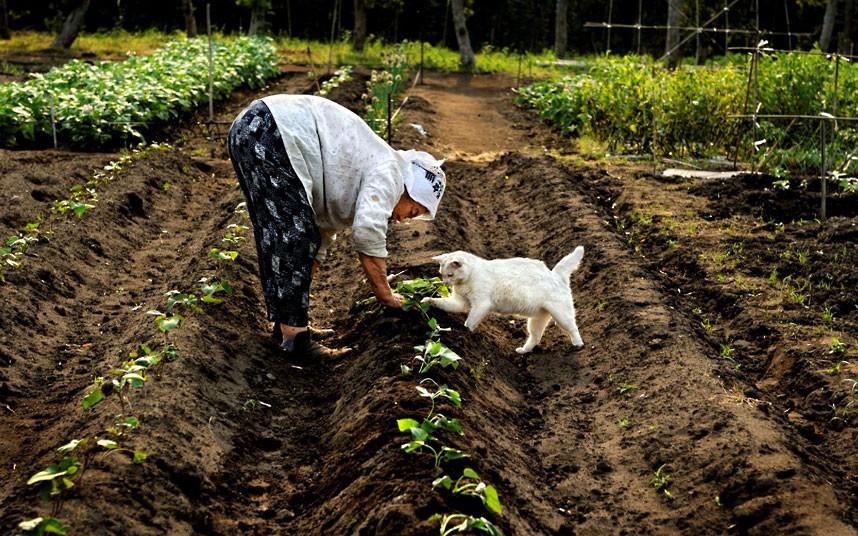 Since I can remember, my grandmother used to tell me: "If you want to live a long and healthy life, eat only what you can grow in your backyard". Well, that sounds rather difficult for someone living in the city, but I think the main idea is eating mostly fruits and vegetables. This is the groundwork of the Mediterranean Diet Pyramid.

The Mediterranean diet is a modern nutritional recommendation based on the dietary patterns of Greece, Southern Italy, France and Spain, but doesn't consist of pasta or pizza as you may think. The principal aspects of this diet include fruit, vegetables, beans, nuts, seafood, Extra Virgin Olive Oil, dairy products (mostly cheese and yogurt) and a glass -or two- of red wine. But it seems that the most important part of this diet is the way of eating. You see, Greek people transform each meal into a social gathering; eating with friends or family instead of in front of the TV, talking, catching up on their news which can really relieve stress and prevent overeating.

Medical studies (*1) have shown that this particular diet can protect against the development of heart disease, metabolic complications, depression, some types of cancer, type-2 diabetes, obesity, Alzheimer’s and Parkinson’s.

The diet has been associated (*2) with a lower level of oxidized low-density lipoprotein (LDL) cholesterol — the "bad" cholesterol that's more likely to build up deposits in your arteries. In fact, Mayo Clinic says that a meta-analysis of more than 1.5 million healthy adults demonstrated that following a Mediterranean diet was associated with a reduced risk of cardiovascular mortality as well as overall mortality.

According to the European Journal of Cancer Prevention (*3), “The biological mechanisms for cancer prevention associated with the Mediterranean diet have been related to the favorable effect of a balanced ratio of omega-6 and omega-3 essential fatty acids and high amounts of fiber, antioxidants and polyphenols found in fruit, vegetables, olive oil and wine.”

I spent most of my childhood believing that we were rich, since my grandmother also used to tell me about the liquid gold coming from our fields in the Peloponnese. I only found out when I was 12 that my grandma was referring to our olive trees...

All nutritional researchers attribute some of the legendary health benefits of the Mediterranean diet to the amounts of Extra Virgin Olive Oil included in almost every meal.  Extra Virgin Olive Oil oil is very high in phenols, which are powerful antioxidants capable of lowering inflammation and fighting free radical damage. This oil is mainly made up of monounsaturated fatty acids, the most important of which is called oleic acid. Oleic acid is known to be extremely heart-healthy in numerous ways, especially when compared to many other refined vegetable oils, trans-fats or hydrogenated fats.
Although there is no specific amount to consume daily for better results, researchers indicate that anywhere from one to four tablespoons seem to be beneficial.

HOW TO START A MEDITERRANEAN DIET